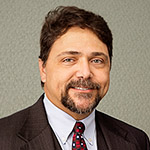 What is My Vaccine Injury Claim Worth? Show Me the Money!

Eligibility to File a Vaccine Injury Claim through the VICP